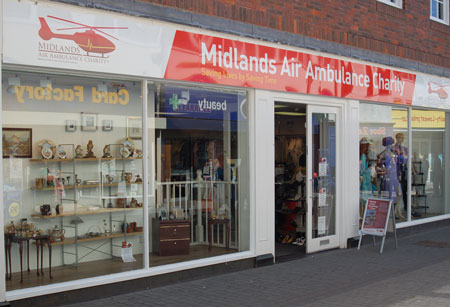 The reading will feature poems from the fundraising book ‘Poetry Giving’ 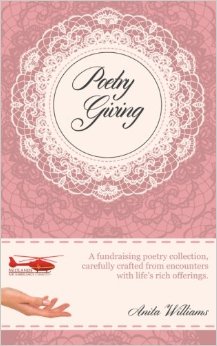 Here’s what Anita has to say:-

“Once I had decided to write a poetry book to boost funds for the Midlands Air Ambulance Charity, I thought about the content carefully. It didn’t take me long to determine that I needed to know more about them, what they do, and how they go about their missions. So, when these wonderful people invited me to their base at Cosford, I jumped at the chance!

I was greeted with the friendliest of welcomes and talked first with Richard, a doctor who flies on the missions. He talked passionately to me about the complexities of dealing with patients in difficult surroundings, and how rewarding it is to get to the scene fast, so that lives are actually saved. Along with a team of superb paramedics, these guys go out in tricky weather conditions to tend to the wounded and the sick, working in remote and dangerous areas in an effort to get the job done.

Moving on to a chat with Tim, a Pilot, who flies in extreme conditions at times. I was enthralled to learn of how intricate the helicopter landings are… from valleys with overhead power cables, to motorways with intrusive overhead lights, to city situations where the recirculating air above tall buildings can play havoc with the rota blades. Maps are seriously important, and as I glanced next to the passenger front seat, I could see a carefully organised box of maps. Tim explained that once they have determined the ‘A’ to ‘B,’ a line is ruled across the map. he called it his “Roman road in the sky.” Getting as close to the patient as possible is their number one goal, as valuable seconds really do help.

I told them they were heroes, and I was really taken aback by their response. They told me that I was a hero too!  They wouldn’t be able to run their missions without fundraising, indeed they are 100% funded by the generosity of fundraisers who understand what needs to be done to get them in the air. Each mission costs £2500 minimum.

Well… with a reaction like that, you can imagine how motivated I was to get this book right, and Richard and Tim inspired me to write a poem about the charity itself which is included in the book, entitled “Heroes of the Golden Hour.”

Now that “Poetry Giving” is available for sale, it is wonderful to think that those hours of writing can contribute something worthwhile to this extraordinary bunch of people at Midlands Air Ambulance Charity.”

We hope to see you at the poetry reading, or if you can’t make it, maybe you could share this link with others. Thanks for helping us to sell this important book.

Want to buy one for a gift or a keepsake? Just click on the image above, which will take you straight to Amazon. Once again, thanks!

One Reply to “Save the date! Poetry reading 15th April”

Sorry, no Tweets were found.